There’s a famous writer that I follow, Ryan Holliday and I love his musings on life and work. In his latest blog, he wrote an article, “How to Create Art (and Work) That Lasts,” and it has golden nuggets of wisdom for our clinical careers BOTH as cautionary–what we can learn to save ourselves from failing and burning out–and as inspirational–what we can learn to ensure we’re on the right path to be resilient and succeed.

Here’s the first part of the article:

How To Create Art (and Work) That Lasts 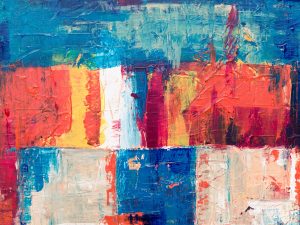 There comes a time when every artist can believe that the business—whether it’s music or writing or painting or poems—is a terribly unfair place (Hunter S. Thompson said the record industry was a “a cruel and shallow money trench, a long plastic hallway where thieves and pimps run free and good men die like dogs.) For me, one of those crises of faith came in 2015. It wasn’t about my own writing; in fact, I was on a bit of a streak.

Instead, it came when I was watching a documentary about MxPx, a punk band I’d listened to a lot as a kid. The documentary opens with the band celebrating its 22nd year as a group. They’d released sixteen albums, twenty singles, three films, sold more than 2.5 million records, and toured hundreds of thousands of miles on every continent but Antartica. I remember watching the Super Bowl on TV in high school and seeing them in a commercial.

Accordingly, I’d held MxPx up as a model for what a kind of upper-middle class success for an artist would look like. They had never sold out, they had always made good music. They had started when they were in high school and stayed together the whole time. They toured constantly and never took their fans for granted. They seemed like good, hardworking people and deservedly had been rewarded with the kind of success most artists dream of.

And yet—and this nearly made me choke up—the documentary begins with the band as they are more or less deciding to break up. The band was having financial problems. They were tired. Two of the three members had decided to stop touring and take full-time jobs in the shipyards near where they grew up, just as their fathers had done a generation before. It was like the reverse of a Springsteen song. Instead of the dream taking them out of their small industrial town, it showed them all that was possible in the world and then cruelly dropped them back off there in their mid thirties.

How the hell does that happen?

I wanted to know, if only for myself. I had a book coming out in a few months and I was already at work on the next one, one that happened to be about artists and creatives who make work that stands the test of time. The industry term for that is “Perennial Sellers” (ironically, perennial-selling books are explicitly excluded from the New York Times Bestseller list) and they are responsible for the vast majority of revenue for book publishers, record labels, and movie studios. Yet here was MxPx, a band that had been in the game for two decades, suffering. Was I wrong? Were they a cautionary tale? Was the same thing going to happen to me? Could it happen to you? 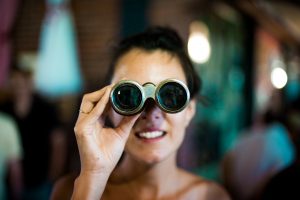 What happened to that punk band, in all honesty, can happen to any one of us in our therapy careers. With high burnout rates and toxic work environments along many of the roads we can go down, we run the risk of being like MxPx.

But is it inevitable? Certainly not.

A couple lessons from the above excerpt are:

This happens to some of us as therapists. There are paths some go down in the aim of fulfilling the dream of being a therapist but the path they choose ends up becoming too awful or unmanageable to sustain.

How Do You Keep That From Happening to You?

Many of us in the early phase of our clinical careers take jobs just to make ends meet and earn hours–and we believe we’re going to counsel clients and do therapy, so we take something and then later regret it. There may even be parts we like but other parts are plain awful. We don’t realize we’ll end up over-worked and depleted, risking burn out. It’s hard to tell from the outset that we may end up fantasizing about working at Starbucks where all we’re responsible for is making a Frappicino.

If you want to get to a place where you enjoy the journey and like what you do, minus the burnout and boatloads of paperwork, one key way is to create a position for yourself where you build your own caseload with clients of your choosing. How do you do that? 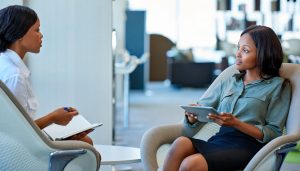 By finding a supervisor and site where you can start and grow your pre- or provisionally-licensed practice (terms vary state by state). If you know exactly what you need to do to make this happen, then great, but if not, you’re in luck because I have a waitlist going for my new course, “How to Start and Grow Your Pre-Licensed Practice: A Step-by-Step Guide to Hit the Ground Running for a Money-Making Practice.” There’s no charge to sign up and the founding members of the course will get exclusive bonuses and deals.

You can also join in a free 5-Day training, “5 Easy Ways to Jumpstart Your Pre-Licensed Practice,” by signing up for the waitlist and joining my Facebook group Early Career Clinician Community When you complete the assignments all five days, you’ll be entered to win a $100 Amazon gift card! Don’t miss out. 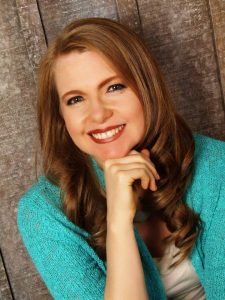 Tyra Butler is a therapist and the founder of the Early Career Clinician Community where she gives some of her best tips to succeed on the road to licensure. She works with pre-, provisionally-licensed and early career therapists to help them find paid work, start and grow their practices and make important decisions and career moves.  She offers coaching and consultation, and as a professional writer provides copywriting coaching to create web site and marketing content. Tyra has been in private practice for 9 years, with 15 years in mental health, business and professional copywriting. Contact her here.

Tweet
Pin
Share16
16 Shares
« Research Findings that Can Help You Be Successful: Finding the Heart and Soul of Psychotherapy
How to Be Resilient in Your Therapy Career, part Two »

Get your FREE Guide, "The Pre-Licensure Guide to Success: How to Ensure You Get Licensed." You'll also get valuable free articles and other free resources. I stay current with all the trends and bring it right to you.

Get "The Pre-Licensed Guide to Success: How to Ensure You Get Licensed" here

Get your FREE "The Pre-Licensed Guide to Success: How to Ensure You Get Licensed," and receive free articles on valuable topics to help you in your process.