In part one of this series, I quoted the first part of an article where famous writer, Ryan Holliday, talked about a band who grew in popularity, so much that their success led to sold-out concerts and living the life of rockstars. Until one day they burned out and couldn’t sustain that lifestyle.

The last part ended with, “How could that happen? Could it happen to you?” This story he tells parallels so much of what we face as therapists on the road to licensure and becoming therapists.

I finally reached Mike Herrera, the band’s founder, lead singer, and songwriter, after he’d returned from a tour in Europe. It turned out that the documentary had come at a strange moment in the band’s career—a sort of dark before the dawn. Because, as it happened over the next several months, the band would would stick it out, use Kickstarter to raise $273,349 to produce a new album (on a $50k goal) and celebrate their 25th and 26th anniversaries by playing shows in the garage where the band had performed for the first time a quarter century earlier.

Given that that new album is out this month and that the first video of the first single shows a lonely punk kid at MxPx show growing up with the band, meeting his wife over their shared love of the band, and passing the music on to their daughter, I thought it was worth taking a second to look at how artists can build a legacy like this (and navigate the difficulties of the creative process). Because isn’t that why we do what we do—why we put up with the unfairness and the indignities and the pain of the business—to create something that lasts, that endures, that matters? To carve, as Arthur Miller wrote in Death of a Salesman, “one’s name on a cake of ice on a hot July day.”

Here is some of what I’ve learned:

1) Prepare for a Hard Road

“If I were to realize that door A, B, or C all lead to a lot of heartache and pain, but you know, A was what I really want, well, why not just choose A?” Mike explained to me about why he didn’t regret any of the adversity the band had faced. He quoted Tom Petty to me: “Hey, baby, there ain’t no easy way out.” When it comes to making your art—whether it’s music or writing or building a great company—you either really want it or you don’t. There is no easy way in, or out. Prepare now for the obstacles and the sacrifices and the difficulties. Because they are coming. And if you’re not up for that or you’d rather avoid them—well then good, save yourself the trouble and pursue something else!

2) Build Your Work Around Ideas That Will Last

There’s a great book by the business expert Guy Kawasaki called Enchantment, which is about creating a sense of wonder about your products. It’s still selling seven years after release. He also wrote a book called What The Plus? Google Plus For The Rest Of Us. Which book do you think has a better chance of enduring?

Peter Thiel, the founder of PayPal and the first investor in Facebook, warns that entrepreneurs and creatives need to avoid the opportunities that are “of the moment.” There’s too much competition, first off. Second, the hype obscures whether there is realistic long-term potential. “If you focus on near-term growth above everything else,” he has written, “you miss the most important question you should be asking: Will this business still be around a decade from now?” That’s not to say that one can’t ride the waves of a trend, but it’s important the work we do is rooted in the deeper truths of the human experience, or serves a need that will continue to exist.

It’s better to be unique anyway–there’s less competition. A book likeWhat To Expect When You’re Expecting, a great diner like The Original Pantry Café in Los Angeles, the story at the core of Star Wars (sci-fi based on the Hero’s Journey) aren’t going anywhere, because human beings aren’t changing anytime soon. 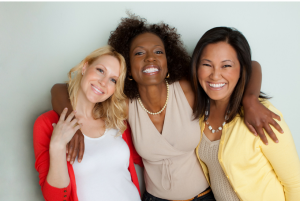 This speaks profoundly to the fact that:

-as early career clinicians, you have the opportunity to do work that lasts and stands the test of time, as cliche as that might sound. And, it also means that for you to be able to last in this line of work, you need to do something that fills you up.

–if you’re going to be working hard at something, it might as well be something so worthwhile that you love it.

–to keep a sense of wonder which I would say is the opposite of burning out, you need to feel inspired and have a general sense of feeling good about what you do for a living.

—carving out a unique niche, or simply being you as a therapist–because no one else can be you–will help you be successful and stand the test of time.

I know of no other better way to accomplish this as a therapist than being in a private or group practice, or working toward it. And to do so before you’re licensed (if it’s legal in your state) is even better because you can start reaping the benefits now, and have it well established by the time you’re licensed. 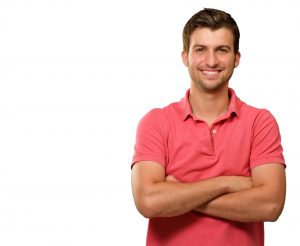 If you’re going to be building a career and a future that you want to spend your time doing, it might as well be now.

If you’d like to get free training and learn how to get a jumpstart with this, sign up on my waitlist here.

By signing up on this waitlist, you’ll gain access to the private Facebook group and get the emails delivered to you with directions. Don’t miss out! The free training starts next Monday and goes til Friday. Everyone who participates will enter to win a $100 Amazon giftcard. The 5-Day challenge is a “5-Easy Steps to Jumpstart Your Pre-Licensed Practice.” 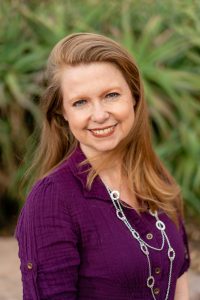 Tyra Butler is a therapist and the founder of the Early Career Clinician Community where she gives some of her best tips to succeed on the road to licensure. She works with pre-, provisionally-licensed and early career therapists to help them find paid work, start and grow their practices and make important decisions and career moves.  She offers coaching and consultation, and as a professional writer provides copywriting coaching to create web site and marketing content. Tyra has been in private practice for 9 years, with 15 years in mental health, business and professional copywriting. Contact her here.

Tweet
Pin
Share
0 Shares
« How to Be Resilient in Your Therapy Career, part One
Three Tips to Prevent Yourself From Failing as a Pre-licensed Therapist »

Get your FREE Guide, "The Pre-Licensure Guide to Success: How to Ensure You Get Licensed." You'll also get valuable free articles and other free resources. I stay current with all the trends and bring it right to you.

Get "The Pre-Licensed Guide to Success: How to Ensure You Get Licensed" here

Get your FREE "The Pre-Licensed Guide to Success: How to Ensure You Get Licensed," and receive free articles on valuable topics to help you in your process.